Choose An Image To Pin

Help us grow, because we need your help to make this a great community.

Living in the 21st century is taking a security risk in and of itself. A sound security system saves both lives and money from the ever-impending dangers that befall us. Don’t leave it all up to chance; take matters into your own hands. Only you can ensure the safety of your family or workplace. As such, it is vital to procure a reliable security system as fast as possible. Doing so will both boost your security while providing a sense of relief whenever you are away from your home or office.

Today, we have compiled a list of arguments for both wireless and wired security systems, which will hopefully help you choose the one ideal for your needs.

Here’s a brief breakdown of a wired security system:

This is what a wireless security system is about:

Check it out at Amazon

A couple of cons to note:

Skylink offers an easy DIY suite of wireless security systems available at relatively low prices. However, in this modern age, just providing reliable security isn’t enough for a company. That’s where Skylink delivers with its much-needed extras. These bonus features make its security system stand out from the crowd.

Keep in mind there are a few options out there for affordable wireless DIY security systems. Just with Skylink, they seem to offer affordable pricing, complete packages without the need to mix and match certain parts. For instance, Skylink has sensors for doors and windows, and water sensors, indoor and outdoor sirens. As well you can get keypads for arming and disarming, and indoor and outdoor motion sensors. You can also get lighting relays or switches to trigger and control lights with your system.

One of the major flaws though is in their cameras. Unfortunately, the cameras they offer don’t have a good record on motion option and act more so as a live feed. In this case it may be a better option to use an alternate camera system such as Nest or PVR setup that has an option to record on motion and save the recordings.

Another security system to look into would be Honeywell’s Smart Home Security Bundle. It is priced a bit higher but has some solid reviews and seems to have quite a few devices, although we haven’t tried the cameras and can’t speak to them, so a little research may be needed in that area.

There’s also Abode Security Bundles, which offer 3-7 day monitoring plans for vacation trips when your not home. SimpliSafe Security is another brand that offers a simple DIY wireless security system as well. iSmartAlarm is another fairly large name in a few big box stores that offer DIY setups as well.

If you are looking for an alternative that would sync with existing Samsung devices than Samsung SmartThings ADT Security might be an option. Samsung Smartthings works with ZigBee, Zwave, and IP protocols, as well as Alexa and Google Home. Bundles starting at $130 make it an affordable option with lots of compatibility with other devices.

Here are some of these surprising but welcome features:

A problem with many security systems is that they forgo the essentials. First and foremost, reliable monitoring is needed. Skylink delivers with a robust security service. With a live video feed, you can view what goes on in your home in real-time.

But that itself is nothing new. The thing to note is the two-way communication and night vision camera. You can effortlessly listen to any conspicuous noises that come from a corridor or room. Plus, with a night camera, nothing goes unnoticed at night, which is the prime time for break-ins.

If This Then That (IFTTT)

IFTTT revolves around a simple but very effective model. One action triggers another. You can create customized commands based on your daily tasks.

For example, consider coming home from work. The sun would have set, giving you low visibility. Typically, you would have to go home, turn on the light, and park your vehicle. However, with IFTTT, you can set the garage door to open at a specific time. This action triggers another, i.e., turning on the garage light, allowing you to park your car with zero wasted time.

The time saved from not doing mundane tasks accumulates to insane values. After being used to this productive lifestyle, you won’t be able to go back to your regular tedious routine.

With any home security system, lighting is always key. Most people that shouldn’t be around, tend to be around at night, hoping to take cover in the darkness.

Your home security system should be able to connect to motion or trip sensors, where it could trigger lights to come on. Personally, I tend to keep porch lights at 60% levels and when a motion sensor is triggered, the porch lights, as well as the soffit recessed lighting, will come on full blast.

In addition, the cameras will start recording. This will highly reduce anyone thinking of breaking into your home. As a side note, you may want to also think of triggering your backyard lights to come on as well, especially if you have a back alley entranceway.

Scheduling is also a relatively simple but beneficial feature. Many companies skimp out on including this in their security system. This means that you will be able to predefine tasks and automate them. This can consist of anything the system is linked to, be it a light, a door, or an alarm. Set the time for the activation of the task and presto! That’s more time saved that could be used for being more productive.

Another thing many security companies compromise on is backup power delivery. Security might be great and all, but power failure remains one of the top reasons for robberies and break-ins. Skylink took that into account when designing its security model.

The internet hub for the security system contains a backup battery. Thus, in the event, a power failure occurs, or a criminal finds a way to disable the power, you will be the first to find out since your alarm will still be functional.

Another thing to note is that even if the internet stops working, you can add a telephone dialer to the system. Thus, if the alarm ever goes off and the internet isn’t working, the system automatically contacts up to nine listed contacts.

The entire Skylink security system is expandable with many additional accessories to choose from. These include control appliances, lighting, or garage door openers. These extras give further possibilities to your existing security.

Why Should I Choose Skylink

Skylink separates itself from the marketing practices of the crowd. All the systems are available for a simple one-time payment, and no additional costs are incurred aside from those mentioned. This shows its complete transparency and business practices. You get what you pay for; no more, no less.

Skylink provides all the security fundamentals while offering some nice extras. This not only makes it a better choice in features but also in terms of value for money. There’s practically no extensive maintenance. All the recordings can be stored on an SD card or your phone’s memory, leaving any external agents out of the loop.

You can monitor everything yourself. This saves you extra costs of having someone to monitor your home or getting into a long-term contract. Privacy is also offered in tandem. Over time, those contracts and monthly payments would have proven to be a significant strain on your wallet, but that won’t be the case with Skylink.

As a good starting point here is a smaller bundle from Skylink for under a $100 that comes with a hub, door sensor, and motion sensor. Then you can simply search for any additional items you might want. Such as additional sensors, keypads, chime extenders, or lighting options. This way you get the items you actually need and can add to the system as needed.

Wireless Is the Future

Wired security systems are still used worldwide but are slowly disappearing with time as wireless networks get more frequent. Wireless systems get more development in the technological sector, meaning there’s guaranteed improvement in the near future. With time, wireless systems will pave the way for future security, while wired networks will only get more and more dated.

It is easy to recommend anything but very hard to give conclusive evidence. It’s for that very reason that we have worked and researched to provide you the best all-around option for security with zero bias and a hundred-percent effort. Thus, don’t take our word for it. Go ahead and give Skylink’s services a try; we are sure you won’t be disappointed, and all your woes about wireless security systems will wash away. 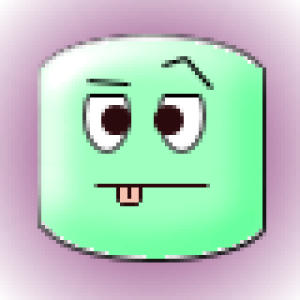 I love to write, especially about the projects I work at. I find myself wanting to help others when possible. I can accomplish this through writing about my own experiences, the good and the bad. The reason I am writing here is to share my love for technology and more specifically smart devices. After all, that is the main theme of this website. If you want, show some love and visit my link to find some more of my articles and reference material.

We promise not to send you a bunch of spam, we hate it too! Just one or 2 emails a month on great new articles and products. Sign up for your free indepth tutorial.

How to Connect Multiple Z-Wave Products?

Smart Home Devices and IFTTT – How to Use Them Together

Welcome Back, We Missed You!

How to Connect Multiple Z-Wave Products?

Smart Home Devices and IFTTT – How to Use Them Together